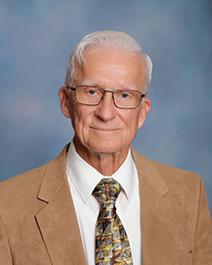 Jerry is a native Floridian, born in Orlando before Mickey moved in.  He attended public school in Tampa, Orlando, and graduated from Pahokee High School.  In the 11th and 12th grade, he served in the Marine reserves, training at Camp Lejeune during the summer.  After graduation, Jerry joined the Air Force, serving at a remote base in Thule, Greenland.

Jerry has worked in several professions, including sales, life insurance sales and most recently as a painting contractor.  He became politically active in 1982, serving as Chairman of Christian Coalition in Collier County in 1992 and 1993 and facilitated the distribution of over a half million voter guides in Collier County.  He was privileged to host a radio talk show for a year here in Naples, interviewing a wide variety of interesting and accomplished people.

Jerry served as the founder and president of World Changers of Florida for 10 years.  The organization accomplished many things, including providing a framed copy of our national motto to every government building in Collier County, and providing free bibles to high school students each January in honor of Religious Freedom Day.  Thousands of free bibles have been gladly taken by students to date.  They provided matted and framed posters of the State and National motto, “In God We Trust,” to the middle and high schools, which subsequently became a state law in 2018, requiring such a display in every public school building in the state.

Jerry has three sons from previous marriages and he is blessed to have four grandchildren and two great grandchildren. He has been married to Jeannene for nearly 39 years.  They have two daughters and six grandchildren, two of which are currently students in Collier County Public Schools.

Realizing the vital role our schools play in the development of citizens and future leaders, Jerry has attended and spoken at school board meetings for the past 35 years.  He has enjoyed working collaboratively with administrators, legal staff, and school board members.  He has seen many accomplishments over the years as a citizen participant.  However, Jerry feels that now is the time to become more involved by becoming a member of Collier County Public Schools to ensure that all voices have input as we go forward.  There are many areas of concern facing us in the coming years, and Jerry believes he can offer conservative input as solutions are sought.