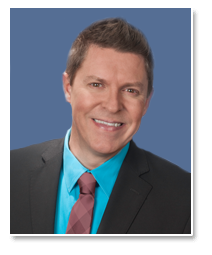 Erick was raised in Summerville, South Carolina, in the Charleston area. Erick’s father served for many years in the United States Air Force and in the USAF Reserves, retiring as a Master Sergeant. In high school, Erick was very active in student government and served as the student liaison to the Dorchester County School Board and Superintendent. With great pride, Erick participated in high school athletics under the mentorship of Summerville High School Coach John McKissick, the winningest football coach in the nation.

Erick attended Trident Technical College (TTC) in North Charleston and pursued his passion for the performing arts by appearing in the renowned Spoleto Festival and the Piccolo Spoleto. After attending TTC, Erick continued to grow his performing arts expertise, winning recognition in Shakespearean theater.

With Erick's athletic skills and his passion for the arts, he became a ballroom dance instructor. As an instructor for a national company, he had the opportunity to teach in Naples where he met his beautiful wife, Anita, in 1992. A short time later, he fell in love with both the area and his future wife, Anita Ruiz. Erick and Anita have been married for 25 years and have a son, Blake, who is a graduate of Naples High School.

Anita, originally from Michigan, studied cosmetology before moving to Naples in 1988. Her family roots can be traced to Utuado, Puerto Rico. Erick studied cosmetology and graduated from our own local Lorenzo Walker Technical College, a division of Collier County Public Schools.

For the past 24 years, Erick and Anita have been co-owners of the successful local business, Salon Zenergy.